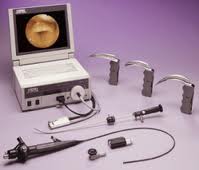 Anesthesiology is all about safety. Ever since William Morton first publicly demonstrated how anesthesia allowed surgeons to operate safely on a patient, our whole raison d'etre has been about how we can make sure patients survive their operations safely and with minimal discomfort. To that end we've coducted endless research on improving the safety profile of the drugs and equipment we use. The human body's physiologic adaptations to anesthesia have been analyzed down to individual molecular changes. It's the reason the ASA keep statistics on closed claims cases to help understand why cases don't go as planned. The attention to safety is so pervasive in our practices that sometimes I wonder if the ASA should adopt the Trojan condom as our mascot.

As a consequence of our pursuit of the perfect anesthesia, our work has constantly evolved. For decades physicians placed central lines based on anatomic landmarks such as the location of a pulse or the angle of a needle relative to the ipsilateral nipple. Though mostly effective, it was not guaranteed. All sorts of books have been written about the complications of central line placements, from pneumothorax to accidental arterial punctures. Now the standard of care is the ultrasound guided line placement. Even though I've placed hundreds of central lines the old way, our hospital doesn't allow that anymore. These days if you didn't use the ultrasound and you get a complication, you don't have a defense to fall back on.

Regional blocks have also advanced beyond its crude anatomic origins. Some anesthesiologists have made careers out of drawing the perfect intersection of disparate bony prominences to identify where nerves can be most easily and consistently anesthetized. That too is slowly fading into a distant memory as the ultrasound has gained importance. With that visual aid, the chances of a failed block, nerve damage, or arterial injections are much less likely.

Is the direct laryngoscopy the next entity to join ether and the copper kettle into the dustbins of anesthesia history? Some people may scoff at that notion. Many anesthesiologists take great pride in their ability to intubate almost anybody. But let's face it, there will always be a patient where direct laryngoscopy is challenging even for the most skilled physician. Today, whenever one of our colleagues encounters a difficult airway, the first thing that is requested is no longer a different laryngoscope blade or even the fiberoptic; it is the video laryngoscope. Video laryngoscopy has proven itself multiple times at preventing a difficult airway from becoming an emergency airway.

Objections might be raised about the cost of equipping each operating room with a VL machine. But how much does it cost to buy one when compared to the potential catastrophe of a failed airway? American medicine has always advocated the use of equipment that makes patient safety a priority regardless of cost. Examples include the previously mentioned ultrasound or laparoscopic surgery or CT imaging to diagnose appendicitis.

It's true that studies have shown that it takes longer to intubate a patient with a VL. However the VL greatly improves the visualization of the vocal cords and cuts in half the chances of a failed intubation. Isn't that the kind of safety record that all of us would be interested in seeing in our daily work?

I know that I've derided fellow anesthesiologists who have difficulty using a DL and resort to VL or fiberoptic routinely. However if the VL is the must have equipment for an unexpected difficult airway, why not just make it the standard for any airway? Why worry about waiting for somebody to rush to the equipment room to fetch a VL if it is urgently needed when by using a VL all the time the fear is eliminated? The ASA should probably look into the video laryngoscope as the next standard for best practices in anesthesia, the way they advocated the capnography and pulse oximetry as standards. How many emergent cricothyrotomies or anoxic brain injuries can be prevented with VL will be difficult to quantify. But if it prevents even one from occurring, isn't it worth it?
Posted by ZMD at 3:39 PM