The Dirty Secret Of Biometric ID's 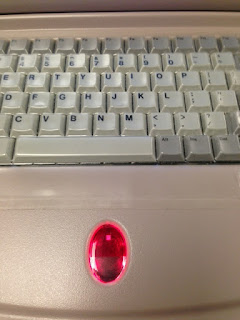 Our hospital recently installed new Pyxis drug dispensing machines. These babies did away with the usual password for accessing the medications and instead required a biometric ID, aka fingerprint scan, to get in. It seemed like a much safer and more secure method than a password that could be easily stolen by someone looking over your shoulder while you log in.

Unfortunately the device has proved trickier than anticipated to use. The first time I tried to enter the system, it asked to scan my fingertip four times in a row to get a record. Try as I might, I just could not get it to scan properly four times. No matter how hard I pushed down on the glowing red window, it just wouldn't accept my print. It took me several days and a few different machines to finally get all four prints scanned properly.

The problems were just beginning. The Pyxis seemed to accept my fingerprint erratically. Sometimes I could get in on the first try. Other times I would pound the red window in frustration as it kept blinking and asked me to try again. This was especially bad in the mornings when I'm trying to get my drugs to get the first case of the day going. No matter how I positioned my finger or how hard I pushed down, the darned thing just wouldn't cooperate.

Then one day, one of the nurses noticed my frustrations with the Pyxis. She kindly suggested that what worked for her was to place a small dab of Purell on her finger to get it wet. Sure enough, there was a small bottle of Purell sitting right on top of the machine. I put a small drop on my fingertip and, voila, the machine picked up my print right away. I was elated. I was no longer subject to the tyranny of the blinking red light.

But the Purell wasn't entirely a panacea. Some machines didn't have a little bottle of Purell sitting on it. That meant I had to walk over to a nearby wall that had a bottle attached and put a drop on my finger then walk back to the Pyxis, usually losing my place in line, and start all over again. The machines that did have Purell on it became very messy. There would be dribs and drabs of Purell all over the top and the keyboard. It was very unsightly.

Then I had an eureka moment. I noticed that if I washed my hands immediately before I tried to use the Pyxis, the red light of pain would not register. Apparently, the computer requires a certain amount of sheen or reflection off the skin to record a fingerprint. So where could I conveniently get some liquid to wet my finger without hunting down a Purell bottle or walk to a sink to moisten it and bring it dripping back? Hmm. Can you guess? That's right, I stuck my finger into my mouth and gave it a quick lick. Desperate times call for desperate measures.

Furtively, while watching to make sure nobody was looking, I did just that and smashed my finger onto the pad. Bam. It worked right away. I got my drugs then quickly found an alcohol pad to wipe down the machine. So now I know the reason for the difficulty in accessing the Pyxis. But I didn't want to lick my finger every time I needed to check out drugs. That was just too gross to contemplate.

Then I tried a different tactic. I just need something to make my fingerprint shiny for the red light to bounce off so the machine can analyze it. Instead of using saliva, how about a bit of grease? I just washed my hair so I couldn't use that. But I figured if I rubbed my forehead with my finger, I can get just enough skin oil to allow the Pyxis to work. Plus it's not as unsanitary as using my saliva. It can't be any worse than shaking somebody's sweaty palms now, can it? Sure enough, the greasy forehead trick worked just as well.

So next time you confront a biometric ID, you'll know the secret to logging in quickly and accurately. Just make sure you wash your hands afterwards unless you want somebody's DNA stuck on your finger.
Posted by ZMD at 11:18 PM