Why Are There No Surgical Emergencies During The Superbowl? 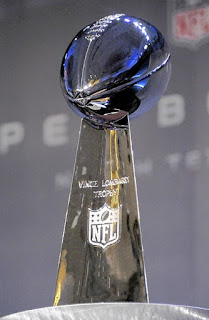 This pattern never ceases to amaze me. Whenever there is a major sporting event or a holiday, bookings to the operating room just disappear. I was on call this past weekend and the number of emergency surgeries was practically nil. The only thing I can attribute this to is that Superbowl weekend was in full swing. The OR was packed the weekend before. And today it looks like the schedule is stuffed to the gills with all the cases that conveniently didn't get done yesterday.

It's not just the Superbowl either. During March Madness and the Final Four of the NCAA basketball tournament, the operating rooms are also underutilized. Other major sporting events where the surgeons mysteriously can't find any cases to work on include the NBA finals, if the Lakers are involved, or the World Series, if the Dodgers are in it. Major family holidays like Thanksgiving and Christmas also result in few surgeries being booked. It makes me wonder how legitimate some of these so called "emergent" operations really need to be done on a non holiday day. You would think that a certain number of emergency cases will need to be performed regardless of the occasion.

What happened to all the open reduction of hip fractures that are normally scheduled for 8:00 PM on a Saturday night? Just because it's the Superbowl people suddenly increase their bone density and don't break their bones as easily? Can the Superbowl miraculously prevent people from developing acute appendicitis? How else to explain the lack of appendectomies that normally clog the OR schedule. Maybe the NFL could somehow patent this wonderful elixir that is the Superbowl and sell it as a health aid. It will save the country billions of dollars in health care costs. I'll take a cut of that for my money saving idea. Sent to my offshore account, of course.
Posted by ZMD at 3:00 PM