I'm coming across some great anesthesia blogs recently. Yesterday I mention Kate O'Reilly's Kate Vs. World blog. Now I've stumbled on a delightful blog called Anesthesia Goes to Hollywood. This one is written by an anesthesiologist in Dallas, TX. He doesn't have a screen name. He only signs his comments as "admin". The modus operandi of this blog is to point out all the ridiculous mistakes that Hollywood makes when it portrays anesthesia practitioners on the screen. The examples are too numerous to mention.

This site is genius for a couple of reasons. First of all I'm surprised he was able to obtain the "hollywoodanesthesia" domain. I would have thought that some anesthesia group out here in Los Angeles would have gotten it by now. Then of course there is the endless source material he has at his disposal. The blog will practically write itself with all the gross errors that Hollywood makes in the name of dramatic license. From all the medical goofs on "M*A*S*H" to the silliness of the eerily similar OR scenes in "Independence Day" and "Spiderman 2", the writer shouldn't ever have to worry about getting a writer's block.

I'm just amazed how much time he has to watch TV. I rarely watch it anymore, due to work and family obligations. But Dr. AGTH is able sit and dissect the minutia of each scene in "Grey's Anatomy" (his personal favorite), "Doogie Howser", and several other TV shows. I personally never watch medical dramas like those or "ER". The obvious errors in medical judgement makes me cringe and takes me out of the shows' fantasy environments. Therefore I get no pleasure watching TV or movies with medical themes. For example  I'll always remember when I was in anesthesia residency and watched "Grand Canyon" on TV. To me it wasn't a very good movie. But the scene where Steve Martin's character needed emergency surgery after getting shot in the leg and the camera showed him breathing spontaneously through just a freaking face mask during the operation pretty much ruined it for me completely. I've never been able to watch that film again.

So Dr. AGTH, this is a great blog you've created. It is both entertaining and a public service. Get ready to field some phone calls from LaLa Land. When some hot shot producer wants to make "Awake 2", they'll know just who to call to get expert medical advice. Soon you'll be partying it up out here with cuties like these: 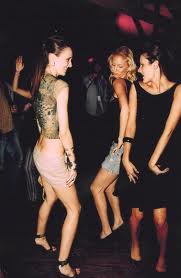 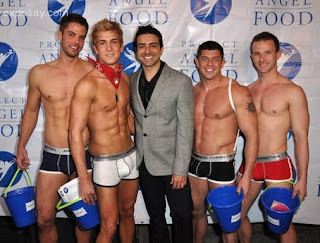