Stupid Is As Stupid Does 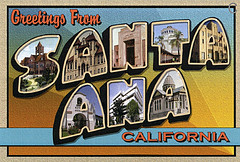 On November 10, 2010 Mr. Nava was driving 80 miles per hour in a 45 mile per hour zone in Santa Ana while inhaling balloons filled with nitrous. He eventually lost control of the car and crashed into a tree. The car ignited and burst into flames. One fifteen year old passenger was killed. Two other passengers suffered severe injuries. Mr. Nava himself is still in a wheelchair. When the police arrived, they found unfilled balloons in the driver's pocket, a cylinder of nitrous along with a control valve at the crash scene.

I thought I've heard it all but this one really takes the cake. How can anybody be so idiotic as to drive while inhaling an anesthetic? It's not like he drank some beer at a bar then got into his car to go home. He had to heave a cylinder of nitrous into his car to accomplish this feat. And how can his passengers be as dumb as him, riding in a car that was obviously being driven by a man who was under the influence of a drug that's designed to make him high as a kite. Of course they were probably all high at the time so they probably didn't even notice him swerving into the tree.

Well for all the injuries and carnage, Mr. Nava got off surprisingly light. He only needs to serve one year of jail time and five years of probation. With time off for good behavior and prison overcrowding, he'll probably be back on the road within six months. For all you fellow drivers in Orange County, look out for the man with a car filled with balloons. If he's not wearing clown makeup, give him plenty of space all around.
Posted by ZMD at 9:47 PM