Senior Day In The Operating Room 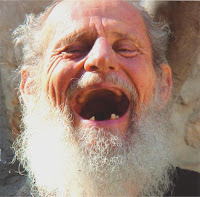 A long, long, time ago, well actually a little more than a decade ago, we used to talk in anesthesia residency about the anesthetic implications of geriatric patients. You know, the ones over the ripe old age of 65. During morning report, if anybody had a patient who was in his 60's or greater, the discussions would cover the topic of geriatric anesthesia. The attendings would go over the finer aspects of the elderly patient, such as rising closing volumes, worsening diastolic dysfunction, and decreasing glomerular filtration rates. How much propofol would one use for induction? Maybe propofol isn't even appropriate in this particular patient. How do you titrate muscle relaxants in somebody with poor renal function? How do you maintain cerebral perfusion in somebody with 70 year old arteries? Should an arterial line be placed? This was a minefield that had to be waded through with the utmost care. Yes, sexagenarians and older were really scary patients.

How quaint those discussions seem now. I recently had a scheduled lineup of cases in my room involving a 94 year old, a 92 year old, and an 88 year old. These cases involved two hip replacements and a gastrostomy tube placement. They were all in various states of altered mental status. One had happy dementia. She didn't know who you were or why she was in the hospital, but she was just the cheeriest talkative patient you ever had the pleasure to meet. She greeted everybody with a pleasant hello but otherwise couldn't give you a snippet of her medical history or her chief complaint. Which was okay. People don't mind happy dementia.

Another had angry dementia. This patient was constantly screaming out for some long deceased relative and caretaker. We had to put her on the far side of preop holding to minimize the disruptions and anxiety to the other patients in the room. Placing an IV in such a patient is nigh near impossible, with tympani rending screams and multiple hands for restraint. Such outbursts always have me worrying about somebody calling 911 to report to the police about elderly abuse in our operating room.

The last one had sleepy dementia. He was just barely arousable, nonverbal, and slipping inexorably towards the "O" sign. These are always the saddest patients. Their minds have already deteriorated beyond repair but their cardiovascular system refuses to comply with the inevitable so they just linger on and on. Seems like medicine is confronting more and more such late stage patients.

What I've learned through experience is that when patients reach such advanced age, their physiology is surprisingly robust. Sure they may not have the ejection fraction of a Michael Phelps but they certainly do better than some patients who are in their fifties or sixties with severe coronary artery disease and cardiomyopathy. Patients who reach this age probably won't die from CAD. They are more likely to expire from aspiration pneumonia, or urinary tract infection, or failure to thrive. Therefore I don't become as fearful of a cardiovascular collapse as I used to. Not that I'm not still vigilant but for me the sweaty palm anxiety of anesthetizing the extremely elderly patient has become much less acute.

So now, when I see on my schedule a patient who is only 68 years old for a hemicolectomy, I'm thinking, "Bring it on!" That person is just barely past his prime. My mind doesn't even go into heightened alert anymore unless they were born before the Great Depression. In modern medicine, ninety is the new seventy.
Posted by ZMD at 3:43 PM