Obesity Epidemic In China, If Pepsi Gets Its Way 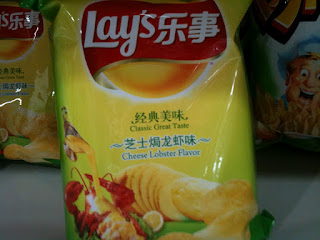 An article in the Wall Street Journal today details PepsiCo's plans to expand in the second largest consumer market in the world, China. According to the paper, the company will try to increase the Chinese consumption of its snack foods by developing more regional flavors favored by the locals, such as fish soup flavored potato chips and fungus flavored oatmeal. Its commitment to the market is highlighted by its sixth factory being built in that country.

How much more money does the company think it can make in China? Here are the startling statistics from the company itself. Currently, the Chinese buy only one small bag of potato chips every couple of weeks. By comparison, Americans buy fifteen bags in the same time period. The average Chinese only buys 230 beverages per year. The Americans? How about 1500 drinks per year.

Are those numbers correct? One thousand five hundred drinks per year? That's over four drinks per day. I'm going to assume they mean soda drinks, not alcoholic beverages which the company doesn't sell. And I'm sure not all the drinks are diet sodas or bottled water. What about all those chips? We eat about one bag of chips per day? Altogether that's hundreds of extra empty calories that are consumed on a daily basis which have little hope of getting burned off during the course of our sedentary American lifestyle. Do we really want to lead another country down this path of ruin? Do we need an extra one billion obese people on this planet? It's a good thing the Chinese government has trillions of dollars in reserve. They're going to need it to treat all their citizens in the future who come down with the same obesity related diseases as Americans.
Posted by ZMD at 9:50 AM