Rise Of The Machines 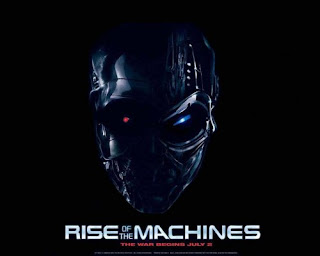 For practically forever anesthesiologists have been complaining about how CRNA's are taking away our business and livelihood. They are willing to work for less money and hospitals can hire them by the bucketload to staff their operating rooms to the exclusion of MD's. But perhaps our fears are totally misplaced. There is increasing evidence that it isn't the pesky CRNA's that will be taking over our jobs. Instead it is likely to be machines that will be invading our OR's.

In this month's issue of Anesthesiology, researchers in France conducted a study comparing the ability of a machine to maintain a patient under anesthesia versus a human anesthesiologist. They measured a calculated EEG level using a machine called a Spectral M-Entropy monitor. A level of 100 equates to an awake person whereas a zero implies an isoelectric EEG. This is similar to the BIS monitors we routinely use here in the U.S. The goal of the study was to keep the patient at an entropy of between 40 and 60 during an elective procedure with a combination of propofol and remifentanil. Using an off the shelf computer program called Infusion Toolbox 95, the computer took the entropy number from the monitor and calculated how much IV anesthesia to give to the patient to stay within the desired range. The manual group consisted of anesthesiologists who titrated the anesthetic as they felt necessary to maintain the entropy range.

The results should scare the crap out of us human anesthesiologists. The computer was able to keep the patients within the entropy goal 80% of the time. The humans were only able to stay within the range 60% of the time. The machine was also better able to keep the patient from getting too much anesthesia, which is associated with increased mortality. Other measures including time of induction and time to extubation were no different between automated and manual infusion of anesthesia. In conclusion the researchers state that the computer controlled anesthetic "outperforms manual control during maintenance of general anesthesia." Just in case you think the French have some sort of supercomputer than can create this amazing anesthesia breakthrough, this isn't the only study to find that machines outperform men.

Uh oh. The machines in these studies were able to maintain anesthetic depth better than their human counterparts. And with all else being equal, this is a major win for machine against man. The battle is  being heavily waged on these shores too. Witness the relentless pursuit by gastroenterologists and Johnson and Johnson to get the Sedasys system approved by the FDA. This system allows for an automated MAC anesthesia without the need for an anesthesiologist to be present in the room during an endoscopy. The FDA took the unprecedented step of taking a second look at Sedasys after initially rejecting its approval for use. If approved, many anesthesiologists in surgery centers will likely get booted out of surgery centers across the country. Remember, the machines don't have to be better than us at providing anesthesia. They just need to be our equal for them to win. And that doesn't appear to be very far off in the future.
Posted by ZMD at 6:55 PM