The Next Mandatory Operating Room Equipment? How About A Breathalyzer. 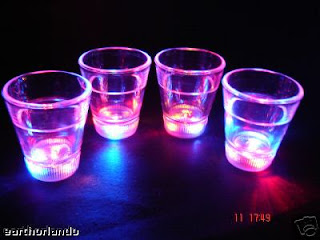 Take a look around the OR lounge at your hospital. One out of every six surgeons you see in there may have an alcohol abuse problem. That is according to a study conducted by Michael Oreskovich, MD out of the University of Washington and presented at the Clinical Congress of the American College of Surgeons. According to a survey of over 7,000 surgeons, 15.5% of the respondents had test scores indicating a likelihood of alcohol abuse. What's more discouraging, while 13.9% of male surgeons may be abusers, 25.9% of female surgeons were likely to abuse alcohol. By contrast, only 9% of the American population is thought to have alcohol abuse or dependency.

Dr. Oreskovich conducted the survey by sending out questionnaires to over 24,000 surgeons with email addresses at the ACS. A little over 29% responded. Using a test called an Alcohol Use Disorders Identification Test (AUDIT-C) that is used by the Veterans Administration and the World Health Organization, alcohol abusers scored greater than five on a scale of one to twelve for men, four for women. They found that younger surgeons, married surgeons, and surgeons without children are more likely to get a higher score. Curiously surgeons who work longer hours were less likely to abuse alcohol, maybe because they don't have as much time to drink. Or perhaps they are less stressed about paying back their student loans and covering office expenses. Women are thought to have higher levels of alcohol abuse because of the stress of trying to maintain a professional career along with a decent home life, something their male colleagues all too often leave to their spouses to handle. Sadly, suicide ideation was doubled in those with high test scores, 8% vs. 3.9%.

We shouldn't make light of the suffering our surgical colleagues must go through that drives them to such painful life choices. But let me give them some advice: if they're looking for more effective substances to alleviate their pain, we anesthesiologists have much better stuff to abuse.