By now, many of you have probably read the incendiary op-ed from Dr. Karen Sibert, an anesthesiologist, in the New York Times a couple of weeks ago. In it, she admonished female physicians for taking tax payer money to complete medical school and residency then decide to work part time or quit altogether when their biological clocks start ticking, thus worsening the shortage of primary care doctors in this country. I had originally decided not to comment on it since I had already written a similar post a while back. Of course my article did not get nearly the high profile exposure and discussions that come with being published in the New York Times.

But what I do find worthwhile to talk about is the feedback. As might be expected women physicians were outraged by Dr. Sibert's opinions. All sorts of vitriol have been heaped on her for daring to voice a supposedly sexist point of view. As a matter of fact, my post also received a similar angry comment from a female physician. But now Dr. Sibert has revealed that some of the insults thrown at her have nothing to do with her view of part time working women. Many of the comments have centered on her being an anesthesiologist. Some doctors seem to think that anesthesiologists aren't really doctors and have no idea how hard "real" doctors work. 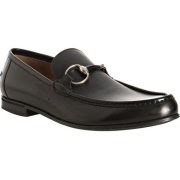 Dr. Sibert, in a letter to the California Society of Anesthesiologists, wrote that name calling seems to come easily to other doctors when discussing anesthesiologists. One commenter in a medical blog described us as "Gucci loafer, sports car, nanny-hiring anesthesiologists." Another wrote, "Most of their patients are totally unconscious the whole time and they read the newspaper in the operating room, no joke." Another poster described anesthesiology as, "already a lifestyle type choice of medicine--largely shift work, and well reimbursed." Finally, one (ignorant) writer said, "Dr. Sibert is not a clinician! She puts people to sleep and wakes them up for surgery!"

Wow. It appears that the ASA has more work to do in the public relations department. Besides educating the general public about anesthesiologists, we need to convince our fellow physicians too. Their Lifeline to Modern Medicine campaign isn't even getting through into the doctor's lounge, much less the American people. All the work that anesthesiologists do in advancing patient safety, such as proper patient monitoring during sedation, have been taken for granted. The only thing other physicians notice are the big iPads sitting on our laps while we're in the OR and our Porsches in the doctors parking lot. (Sorry Dr. Sibert. You may drive a Volvo, but many anesthesiologists do drive Porsches, and Mercedes, and BMWs, and Lexuses.)

Is it a case of envy? According to Medscape's 2011 Physician Compensation Report (free membership registration required), anesthesiologists are one of the highest paying fields in medicine, with a median salary of $325,000 per year. We are ranked behind only radiologists, orthopedic surgeons, and cardiologists. Is it because we have been on the vanguard of the revolutionary changes in the medical workplace with its increasing focus on shift work? Anesthesiologists long time ago realized that one cannot do their best work when exhausted after being on the job for an extended period of time. Perhaps these anesthesiology-hating doctors can choose to do shift work or part time work to relieve their exhaustion and grumpiness. Or maybe these doctors who are mouthing off on anesthesiologists should just shut the f*** up and continue their daily grind because that is what they decided to do when they were young energetic medical students twenty years ago and now can't handle the rigors of their chosen field. They should just get their own freaking iPads and get over the fact that they made their decisions in life a long time ago and now can't stand to see that the grass is indeed greener on the other side of the ether screen.
Posted by ZMD at 8:00 AM

Email ThisBlogThis!Share to TwitterShare to FacebookShare to Pinterest
Labels: Why surgeons hate anesthesiologists