LMA And Morbid Obesity? Maybe Not Such A Good Idea. 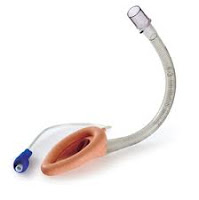 A woman in Connecticut was recently awarded $10.5 million by a jury for a medical malpractice suit against Anesthesia Associates of New London and specifically Drs. Thomas Meitt and Bart Calobrisi (recently deceased) and Jean Richeimer, CRNA. Karla Rosa was a 44 year old patient who went in for surgery in 2006. I'm unable to find the type of surgery she was undergoing. According to the reports, the patient was morbidly obese but she was given a general anesthetic using an LMA.

The patient subsequently aspirated during the operation. She suffered a massive aspiration and was left in a coma for 26 days and stayed in the ICU for nearly a month. She required a tracheostomy and PEG tube for feeding. She also claims memory loss and neurologic, physical, and psychological damages.

Wow. I personally love LMA's. They are very easy to use, cause less damage to the upper airways than an endotracheal intubation, and are a life saver (literally) when there is an unexpected difficult airway. In fact, it's in the ASA's guidelines for managing difficult intubations. LMA's have been sold as being so benign that I've heard reports they are used in Europe even for laparoscopic cases. Outpatient surgery centers love them. Since most surgery center cases don't involve the abdomen, anesthesiologists routinely use LMA's as the patient remains breathing spontaneously and can be extubated quickly at the end of the case. Quick turnaround = more $$$.

But I've also seen cases where anesthesiologists felt pressured to use an LMA to facilitate rapid turnover of cases. Yes, sometimes that involves placing LMA's into morbidly obese patients. The surgeons think putting in an LMA is almost the same as a MAC case in anesthetic complexity whereas if they see the anesthesiologist intubate a patient, they start asking why an intubation is necessary. It's as if they think the general anesthesia is somehow more gentle with an LMA than an ETT.

I've never had an incident yet of an aspiration while the patient had an LMA. I've only seen one case, during anesthesia residency, of a patient who aspirated with an LMA. It was not my patient but I heard the resident and attending noticed the aspiration immediately and successfully intubated the patient with an endotracheal tube and the patient had no prolonged consequences. However since then the risk of aspiration is never far from my mind when I'm using one. And it's unfortunate that morbidly obese patients are the ones most likely to have a difficult airway and thus are the most tempting targets for using an LMA. But if you say you are going to use an LMA on a morbidly obese patient during oral board exams, get ready to answer the question of what you're going to do when he aspirates on the table and you can't get an ETT in as now the mouth is full of vomit. Not a pretty picture and not something I want to risk in real life.
Posted by ZMD at 11:24 PM