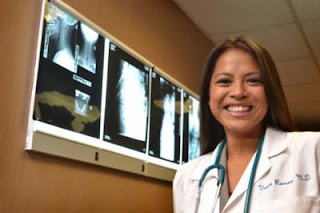 If you have a mental picture of a doctor, who do you see? A gray haired old fuddy duddy wearing a stethoscope around his neck who drives around in a Buick, right? Well this doctor proves that not all physicians are cut from the same medical school designed pattern. Dr.Venus Ramos is a physical medicine and rehabilitation specialist who works in the city of Long Beach. But she has more credits than just a medical degree on her wall.

You see, she is also an accomplished beauty pageant contestant and has appeared in television too. In fact, a couple of weeks ago she became the Miss Toyota Grand Prix of Long Beach, besting out girls a decade younger than her. She has appeared on the reality programs "American Gladiator" and "Temptation Island". Dr. Ramos is also an entrepreneur. She has marketed a series of exercise videos called "SeXercise".

As you can see, there is life outside of medicine. All those people who bemoan how burned out they are with their practice aren't really trying hard enough. Maybe if they got a copy of "SeXercise", they can get a new improved body and start living for real. At least one doctor has shown the way. 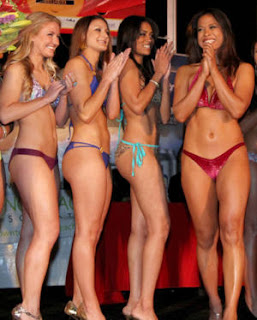