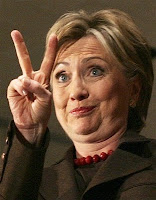 The Food and Drug Administration has sided with anesthesiologists and denied the American College of Gastroenterologists their petition to remove from propofol's label the requirement that administrators of the sedative have training in general anesthesia and not be involved in the surgical procedure itself.  Says the FDA, "After considering your [petitioners'] claims and the literature you provided for our review, we conclude that you have not shown that the warning is no longer warranted or appropriate.  In fact, we conclude that the warning is warranted and appropriate in light of the significant risks associated with propofol, and we further conclude that the warning should help ensure that propofol is used safely.  Accordingly, we will not seek to have the warning removed, reduced, or otherwise amended."

This should have been a no brainer for the FDA.  In light of the death of Michael Jackson, it should be self explanatory that propofol is a dangerous drug in the hands of people who have not had proper training in airway and cardiovascular resuscitation.  It continues to puzzle me the ACG's persistence in demanding the right to use propofol sedation.  Why is it not obvious to them that it is inheritantly dangerous for the operator to also be in charge of the sedation? Airway collapse can happen in seconds. Are they going to be vigilant enough to notice?  And if they are how good a job are they doing with the endoscopy? Will they see that flat polyp hiding in the hepatic flexure or the ulcer right behind the pylorus if the patient starts to desaturate or brady? What of all those studies published in GI journals expounding the safety of gastroenterologist administered propofol? Most of them use doses of propofol that are practically homeopathic.  If anesthesiologists gave that small an amount, we'd probably get kicked out of the procedure room for not know how to give MAC sedation.

What about the ACG's contention that requiring an anesthesiologist present to give propofol increases the cost of the procedure? The FDA's answer in essence is, "How can you put a price on patient safety when it is so easy to make sure they survive the procedure by having an anesthesiologist in the room?" The extra cost is more than justified given the significant risks of poorly administered propofol sedation. How would the endoscopist explain to a patient's family that the victim suffered an acute MI or anoxic brain injury because they were too cheap to hire an anesthesiologist to monitor the sedation? They can't. And now thanks to the FDA, they won't have to. If a medical catastrophe happens, we anesthesiologists are man enough to take the blame.
Posted by ZMD at 8:00 AM