iOS 4 is Apple's Windows ME 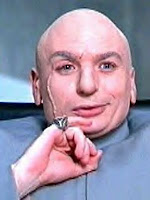 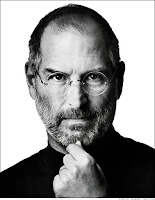 
I've been snookered by that snake oil salesman known as Steve Jobs.  I, like millions of others, listened with baited breath when Mr. Jobs announced the features and improvements in iOS4 for the iphone.  Multitasking? Who wouldn't want multitasking?  File folder organization?  At last a system of organizing files invented back in the early 1980's.  Better email visualization?  Finally I can check all my different email accounts in one glance and not miss out on the next e-vite to that hot Malibu beach party. But this software upgrade has been tragic.  It is as buggy as a mattress in a cheap Tijuana motel.  I haven't encountered such an unstable piece of software since the infamous Microsoft Windows ME.

I read all the reviews on how great iOS4 will be.  Even though I wasn't planning on upgrading to an iphone 4, most of the functions in iOS4 were supposed to work in my old 3GS.  Then the day came.  Servers crashed around the country as millions of people tried to upgrade their iphones at the same time.  I waited patiently.  I wasn't going to be one of those dorks waiting in a virtual line to get the latest and greatest iphone operating system.  Finally, a week later, during a quiet weekend night, I upgraded my evil iphone.  It was quick.  I was done in about 15 minutes, not the hours of uploading some people reported earlier in the week.

Initially there was little difference from before.  I could now change the wallpaper of my iphone on the home page to something besides black.  The email was great.  With one glance I could tell how many letters were in each of my accounts.  The file folders worked as advertised, though I find the little black squares representing folders really extremely ugly and depressing compared to the bright, colorful, almost playful, icons that used to populate my iphone screen.

Then the problems started.  Since I don't have the iphone 4, I have not experienced any antenna problems that thousands of people have had.  (I love Apple's explanation--you're all holding the phone in the wrong way! A**holes.  Now their latest excuse is that their method of calculating the number of reception bars was wrong from the beginning.  We never had five bars at all, more like two or three.  So much for AT&T's advertising slogan "More bars in more places". Can we sue both Apple and AT&T for deceptive advertising?)  After a couple of days I noticed that when I wanted to use my phone and had to enter my Pass Code, nothing would show up in the entry bar even though I was pressing the virtual keyboard and hearing the clicks.  The only way I could get the phone to work was to turn it off completely then restart it.  This problem was sporadic and I haven't been able to figure out what triggers it.

The next problem also occurred without warning, although unfortunately it is more persistent and reproducible. Now virtually every time I push the "phone" button, it asks me for my password for voicemail.  First of all, I wasn't even going to use voicemail.  But that little window pops up no matter which phone function I want. The only way to get rid of it is to push the "cancel" button.  And the reason for that is that I have no idea what my voicemail password is.  I don't ever recall setting one up on my evil iphone before.  The window helpfully offers to call "611" for me to get AT&T assistance, but I haven't found the time to sit through that yet.

Finally today the latest bug was my Bluetooth headset wasn't recognized by the evil iphone.  It was set up when I first bought the headset and I had never had problems since.  Then today nothing.  I had to go back and reset the pass code for the phone to recognize it.  This was kind of dangerous and probably illegal as I was driving in rush hour traffic at the time.  That's a real Catch-22:  should I risk an accident trying to set up my hands free head set while driving or should I just continue to drive without using one?

If Microsoft had released software this bad, there would be howls of condescension from the digerati about how the software company has lost its way.  Class action lawsuits would descend on the company.  Acres of newsprint would be devoted to the cluelessness of Microsoft.  But since this is Apple, the fan boys have been keeping silent while waiting for Apple to release an update, rumored to be any day now.  This has retaught me a lesson I though I learned long ago--never get a software program until there is at least one upgrade revision.  In the meantime the Droid X is looking pretty tempting.
Posted by ZMD at 11:09 PM

Email ThisBlogThis!Share to TwitterShare to FacebookShare to Pinterest
Labels: iphone