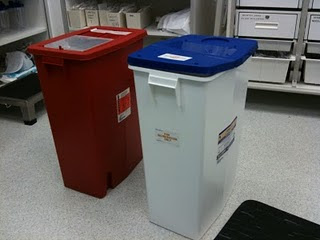 If there was a published book of proper conduct wouldn't you think every hospital in the country would follow it and then there would no longer be a need for JCAHO?  I would love to see hospitals, particularly the large academic hospitals, rise up and say no to JCAHO's tyranny.  Call their bluff.  If JCAHO does take away a hospital's accreditation and shuts down, would the sudden lack of medical access drive a popular revolt?  If everybody refuses to allow JCAHO inspectors through the doors would the insurance companies and Medicare dare to refuse reimbursement for patient care?  Somewhere along the line these unelected officials who meet behind closed doors dreaming up new inane rules to drive terror into the hearts of hospital administrators everywhere need to be held accountable.  Otherwise we will get more and more codes of conduct like above.  Next thing you know they will be telling you how to wipe yourself since obviously you can't do that properly without somebody telling you how.
Posted by ZMD at 10:45 PM