In the "Why didn't I think of that?" department, a new study appears to debunk the concept of having a driver available to take a patient home after outpatient surgery. In a study led by Asokumar Buvanendran, MD, he uses an computerized driving simulator to replicate the driving experience of patients before and after surgery. (Anesthesiology News, October 2009. Free registration required)

Current guidelines for outpatients are based on older, longer lasting anesthetics like diazepam and halothane. Consequently patients have always been advised to have somebody drive them home. If they did not have a driver, the case most likely would be cancelled. But what is the cognitive ability of patients now that mainly short acting anesthetics like propofol and midazolam are used?

In Dr. Buvanendran's study, a patient was tested in preop for fifteen minutes on the simulator. The patient then went to surgery. Afterwards, when the patient was clea 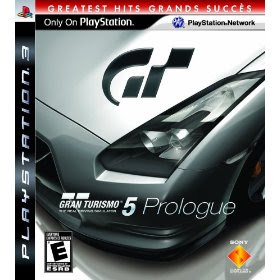 red to go home from PACU, he was tested for another fifteen minutes. As it turns out, patients in postop actually had fewer accidents than they did preop.

Will this study change ambulatory surgery guidelines? Unlikely. In Canada, there are at least two malpractices claims that were brought by patients who were seriously injured in auto accidents after driving themselves home from outpatient surgery. Maybe as another condition for discharge from the PACU, all patients should play a course of Gran Turismo to see if they are mentally competent to go home.
Posted by ZMD at 3:00 PM