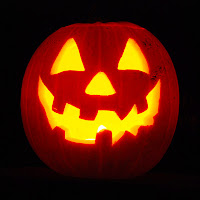 Another year, another trip around the block with my daughter for trick or treating. This year she was Snow White, another princess costume brought to you by the great corporate conglomerate called Disney. I noticed this year that more houses had their lights off than before. Therefore we had to walk a longer distance to get candy. The candy was also of lower quality. During the good times people were passing out oversized bars of chocolate. This year it is mostly hard candies or minibars of chocolate. Some people even gave out homemade cookies, just like the old days. I ate those, as the official family food safety inspector.

I get the feeling the economy around here is not quite as rosy as the news media is portraying. With so many houses turning kids away from this Halloween tradition and the cheap candy being passed out, I think there are still many people not doing well. Handing out free candy is one way to cut back. By turning out all their lights, it also saves on their electricity bill. I long for the day when we get giant sized bars of Snickers again. Then I'll know that we are doing well as a nation.
Posted by ZMD at 10:17 PM